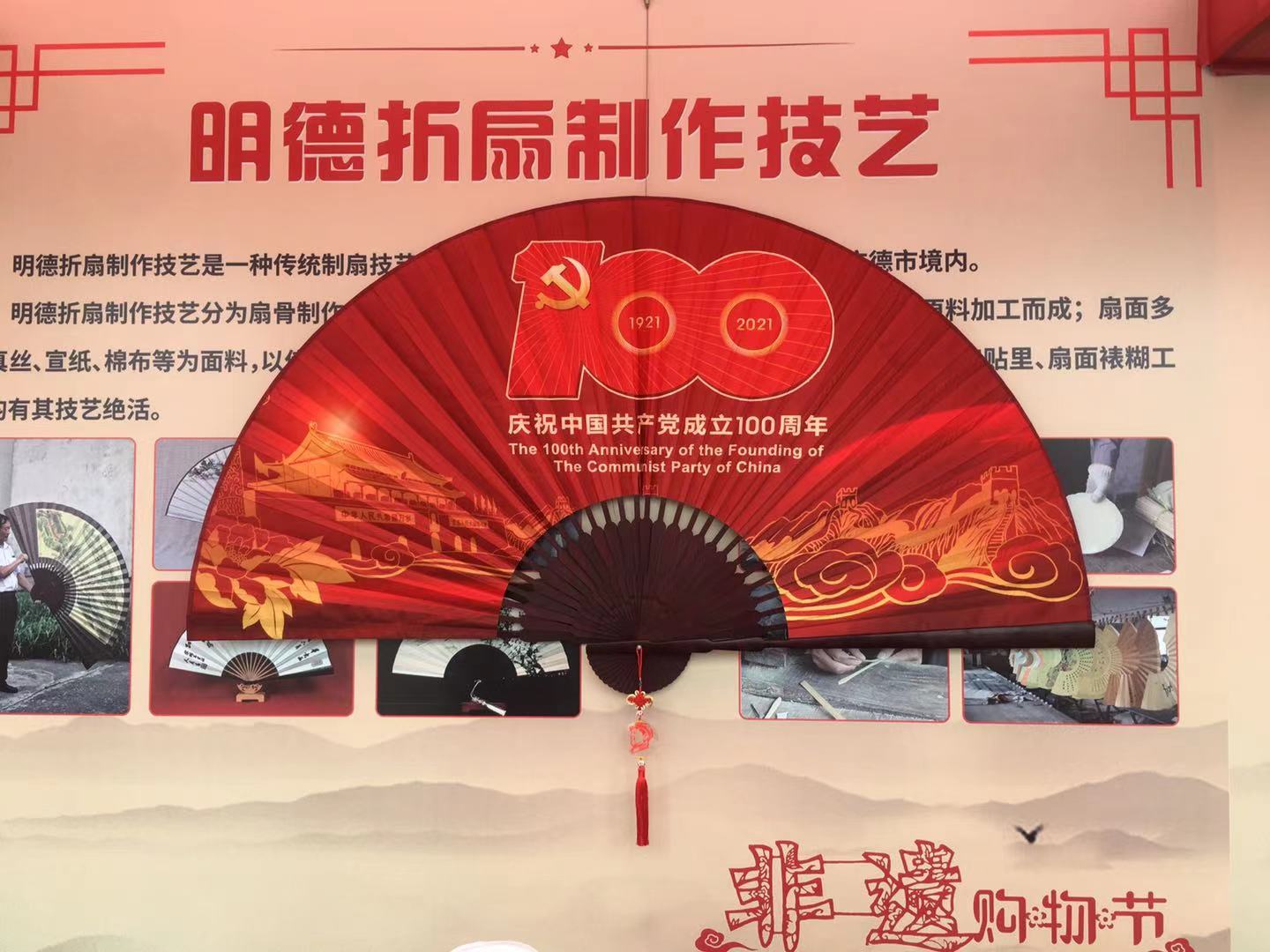 A Mingde folding fan with the theme of the 100th anniversary of the founding of the Communist Party of China (CPC) was displayed at the event. (Photo by Chen Xinran) The making technique of Wanna bamboo carving was displayed at the opening ceremony. (Photo by Chen Xinran)

On June 10, East China's Anhui Province launched this year's Cultural and Natural Heritage Day opening ceremony at the square of Yunling Historical Materials Exhibition Hall of the New Fourth Army in Jing County, Xuancheng City. This year's theme is "Cultural heritage reflects a hundred years' journey" and "Intangible cultural heritage belongs to and benefits all the people". The "list of top ten best cases of activating and utilizing cultural relics in Anhui" and "the Fifth Provincial Museum Exhibition Award of Anhui" were announced at the event.

With abundant revolutionary cultural relic resources tracing back to every historical period of China's revolution, Anhui is known as the cradle of a series of precious revolutionary spirits including the Dabie Mountain Spirit, the New Fourth Army Spirit, the Yangtze River Crossing Campaign Spirit, the Xiaogang Spirit, and so on. Here, sixty-six counties and districts such as Jinzhai, Jingxian and Yuexi have been listed as key areas for the protection and utilization of cultural relics from revolutionary times; 20 historical and cultural units including the former site of the New Fourth Army headquarters in Jing County are among China's classic red tourism sites. In recent years, the province has also been dedicated to organize a range of exhibitions to bring vitality to its cultural relics.

On this year's Cultural and Natural Heritage Day (June 13), government departments of culture and tourism at all levels in Anhui plan to stage over 100 celebration activities such as special TV programmes, thematic exhibitions, art shows, symposiums, etc, to increase citizens' participation and raise public awareness of the preservation of cultural resources.